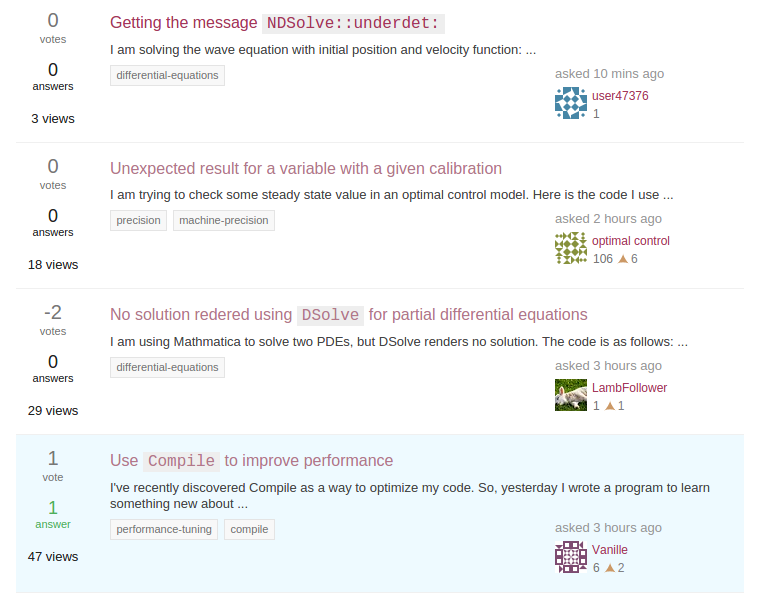 14
Is there a (StackExchange-like) public repository for Mathematica code?
21
How to make animated screen captures?
11
Should the Bugs tag be restricted to documented features?
5
Copy code block from SE to MMA without loss of line breaks
1
Spellcheck on SE sites
15
First-time posts with unformatted code should be automatically caught
1
System keeps rejecting latex in questions