How do we take advantage of the xkcd excitement to build genuine participation in the site?

By now nobody could have missed the fun and games associated with Amatya's xkcd question. The 100+k pageviews and huge vote count was extraordinary. There was another spike related to Viktor's question about finding objects on the Mars surface.

What you might not know is that the result was: 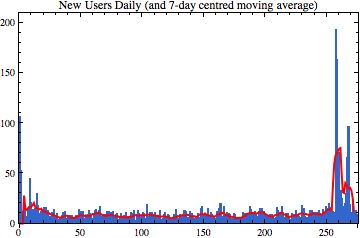 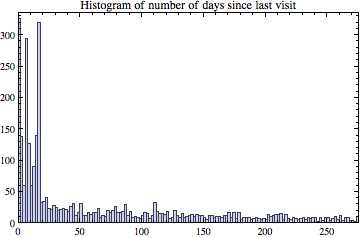 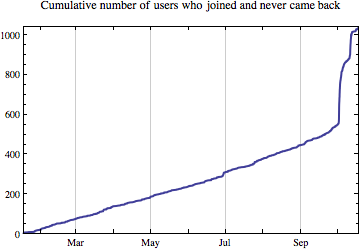 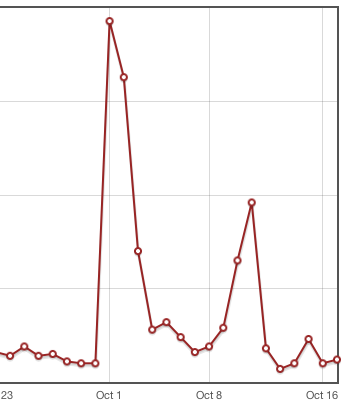 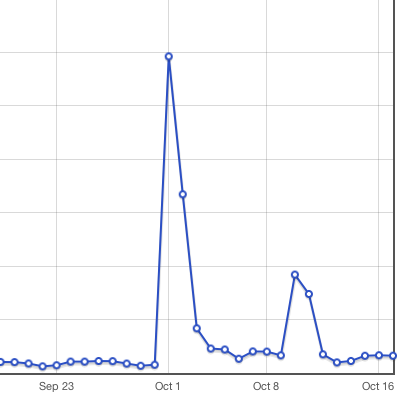 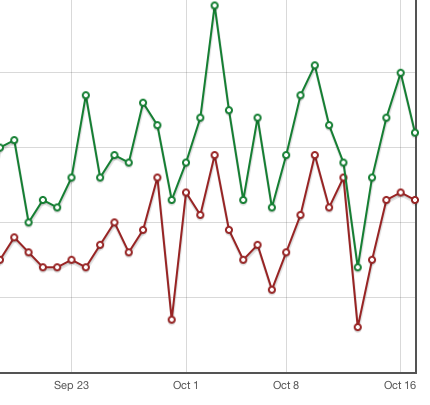 A lot of those users were “drive-by” users who will never come back because they were interested in xkcd, not in Mathematica. But at least some of them are showing genuine interest, if the increased question rate is anything to go by. And some quite well-known members of the Mathematica community have registered in the past couple of days. Presumably some of them saw the links to the post on Hacker News or reddit.

How do we keep some of those users coming back, and contributing good quality content?

A few ideas occur to me, including:

But we are already doing all that. Is there something else we can do to take advantage of the traffic surge to promote the site in ways that will keep quality high?

EDIT PS: At cormullion’s request, I've updated the graphs to include the days since both spikes. Question activity remains higher than before the xkcd question. Traffic is also still about 50% higher on weekdays than it was beforehand. New users kept trickling in for a few days but as of 18/10 seems to have returned to the prior level.

I have a couple of ideas. I'm not sure how to implement them, but I'm confident that I am right.

Programmers that don't use MMa think it's a special purpose language, and that it's slow at number crunching. They have no idea about it's breadth and depth. That's the most basic reason why we don't get more traffic - not enough people are interested in MMa. We got so much traffic for the xkcd post becuse everybody knows about xkcd, the capability was cool, and it was mentioned in BoingBoing and HackerNews. The people who read HN are interested in code, new ideas, and how to do cool things, so if we get links on HN that show those things we will get HN traffic. Better yet, some of the visitors will decide to give MMa a try. Consider some of the recent HN links:

Mathematia can do things like this. We should figure out how to make use of this.

If it's ok, I would like to find out what people think about this idea before I continue.

Another HN idea, requiring a bit of stagecraft. Once every month or so, one of us takes a guaranteed to go platinum Mathematica item and posts it as a question. Another of us provides the awesome answer. A third puts it on HN and tells everybody here. Finally, we all go to HN and follow the post (activity), and add comments at HN about the post. Like a talk show: host, guest, other guests - hilarity ensues.

Or is this too manipulative? The cause is good, from every perspecive.

Not the answer you're looking for? Browse other questions tagged discussion new-users traffic .

14
Is there any Mathematica.SE promo planned for the 2012 Wolfram Technology Conference?

14
Should we have a standard comment or practice for welcoming new users?
10
How should we mark our graduation (and how should we prepare for it)?
16
How to demonstrate our enthusiasm for the product when newbie questions descend?
11
Rambling about beginner's participation and how to stimulate it
20
Opening a migration path to math.SE?
1
Big numbers in short order
18
How to motivate new users to upvote/acccept answers and complete the discussion after their issue is solved?
2
10,000 views in one day