Should we discourage the use of Lenna?

Lenna is commonly used as an example placeholder image. I also recently used it in an answer on the site. However, as the user Lightness Races in Orbit pointed out, since Lenna is actually a Playboy centerfold image some people might find the usage of the image offensive, or unwelcoming to women (I don't see why women should be more offended by this than men, but let's keep that aside for now).

I tend to agree, and indeed, I changed the picture to a somewhat less offensive picture of Jeb Bush. However, it made me think, that we might want, as a community, to discourage the usage of Lenna, and even maybe add a functionality to the site (or to all SE sites, for that matter) that notifies users who use ExampleData[{"TestImage", "Lena"}] that this is discouraged, and suggest an alternative text image, for example, this one: 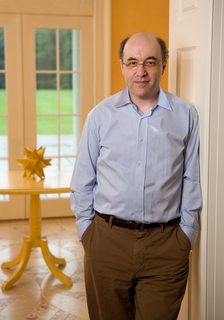 Any thoughts or suggestions will be welcome.

First of all, I see @Lightness Races in Orbit's point. (If you don't, imagine you're the only male person in e.g. a painting class, so you feel somewhat isolated and awkward anyway, when you find out what you'll be painting is a nude shot of Burt Reynolds. Wearing a feather boa ;-) You probably wouldn't complain, but you might not feel more welcome, either.)

Second, this isn't about liberty of speech. Suggesting one (or a small set of) sample images makes answers more comparable. That's the point why there are standard test images like "Lena" in the first place.

On the other hand, from a purely technical standpoint, "Lena" is a great test image (or it would have been replaced long ago). It contains a face (humans can detect small errors in images of faces much more easily than e.g. artifacts, animals or aerial images), both sharp and blurry edges, straight edges, round edges and corners, non-uniform background... If you want to test e.g. a sharpening, denoising, inpainting, resizing or compression algorithm, those are all things you want in a test image.

So in a nutshell: I don't mind replacing Lena, I just think it's difficult to find a good replacement.

To make this rant constructive, my suggested alternative would be the "Barbara" test image: 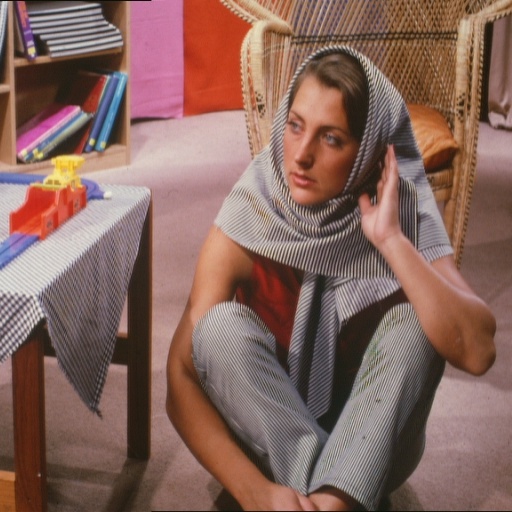 Seeking the original for context I conclude:

For those who agree with (1) and wish to remedy (2) here is a copy of better quality.

If a professor makes a sexist joke, a female student might well find it so disturbing that she is unable to listen to the rest of the lecture [2]. Suggestive pictures used in lectures on image processing are similarly distracting to the women listeners and convey the message that the lecturer caters to the males only. For example, it is amazing that the "Lena" pin-up image is still used as an example in courses and published as a test image in journals today.

Programming as a field already has a reputation of gender bias and non-inclusiveness. Of course you are still free to choose whatever test images you like, but you should consider whether the technical qualities of the image you choose are worth the side effect of making this site feel slightly more like a boys' club.

Not the answer you're looking for? Browse other questions tagged discussion etiquette .