As you can see, the Mathematica community site got a slight design update today. We have moved the site's CSS to a newly refactored LESS system, so it's easier for us to fix SE network CSS bugs globally going on forward. Also we've updated the graphics to SVG for retina support. Visually it should "feel" the same as the old site with slight layout adjustments.

This update should retro-actively fix most of the old CSS bugs. If you see any new ones, or old ones not being fixed, please let us know!

In my opinion there is not enough contrast between the Accepted and Unaccepted states:

It is IMHO easy to mistake the gray mark for an active Accept unless one is looking closely.

The colours for code highlighting were originally chosen to mimic the defaults in Mathematica to some extent. This was very helpful e.g. in pointing out or even just noticing mistakes in code. For example, in Mathematica blue is for undefined symbols, black is for defined ones.

Now this has been changed. The current colour scheme is has hard to distinguish colours and its colours are very confusing for someone used to Mathematica's standard. 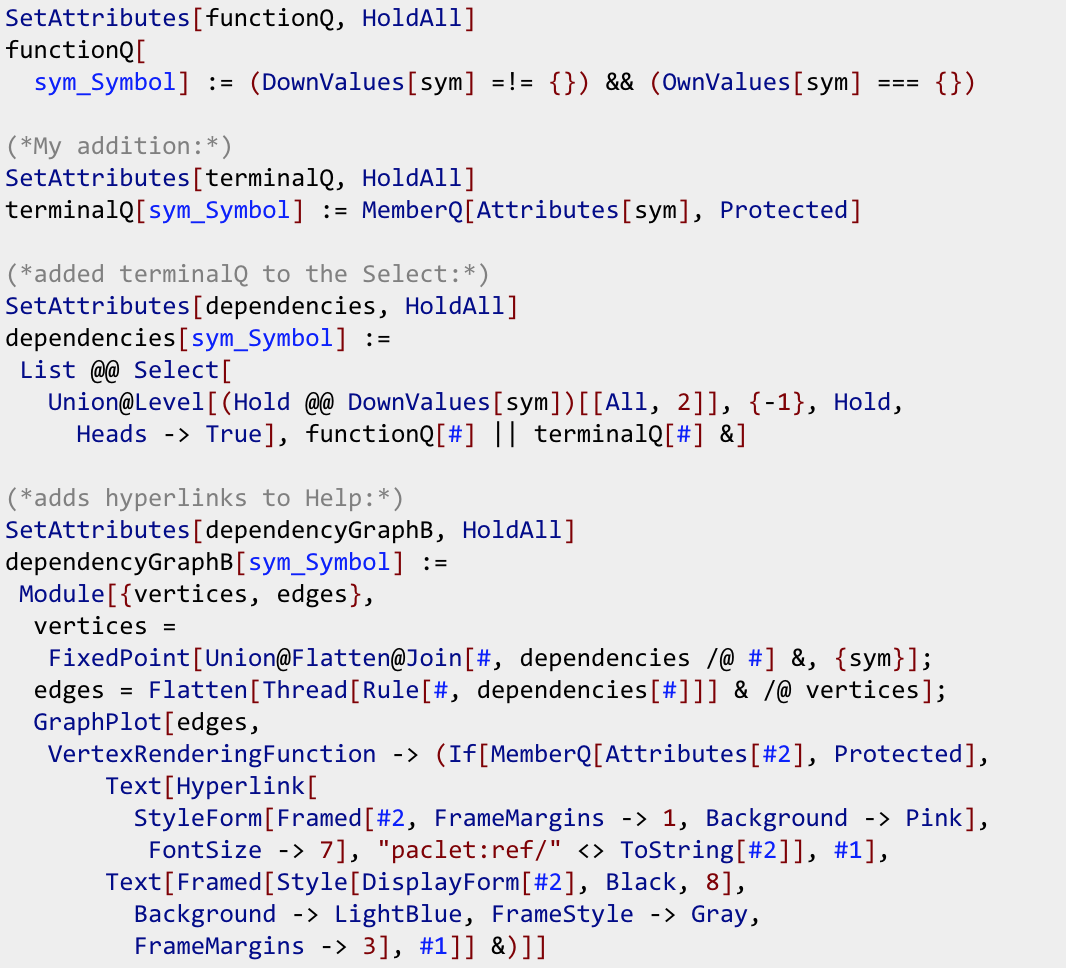 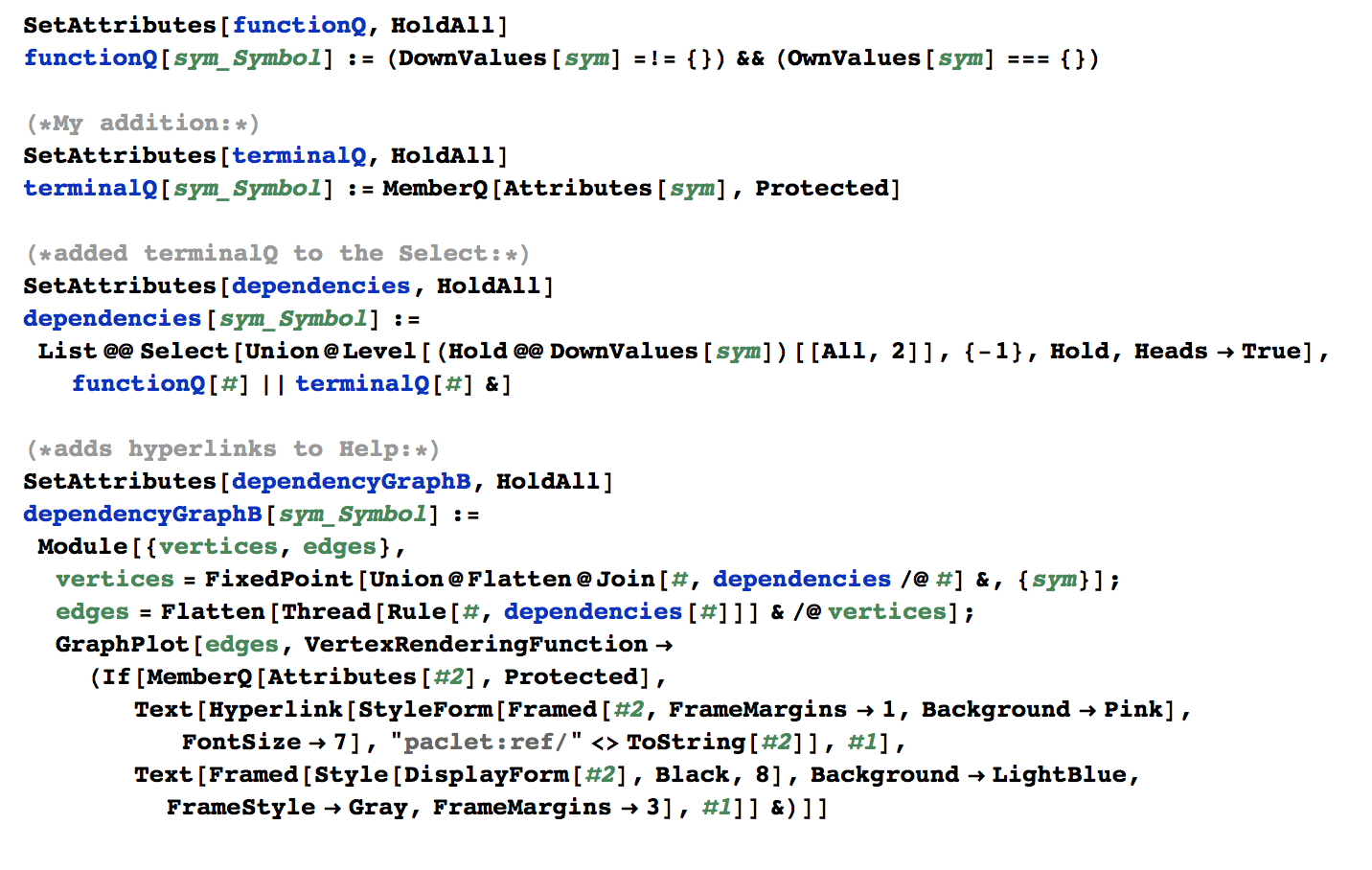 What should be changed at the minimum:

I noticed that having colours that matched Mathematica's standards made it easier to point out mistakes to beginners. I could say things like "Notice that BackgroundColor is blue, not black. That indicates that it is not a built-in symbol." They could see that it was blue both on the site and in Mathematica

I suffer from a visual impairment. I find the overall low contrast of the new site design makes it much harder for me to read some things that were not a problem before. An example of what I mean is the way links are displayed. Light orange on light gray is not a high visibility combination. I can barely read the text in links now.

Low contrast layouts may be fashionable amongst graphics designers these days, but they are burden to those with vision difficulties.

There are three horizontal lines in that screenshot.

In the absence of a dedicated output markdown type (a feature I would yet like to see) I have been using and promoting a code type within a quote type. However in the new layout this looks poor:

In the old design the margins were (nearly) symmetrical and the gray code box was taller. The total quote box in the above example is excessively tall, taking up more page space than necessary.

Could the new design be adjusted with this use in mind?

Perhaps links inside code blocks can be more clearly differentiated. Now it looks like this:

Take a look at the screenshot below. The links I marked with a blue arrow are visited and have a darker colour than the rest. Can you see the difference? I can barely see it, and only noticed this because I did some image processing on a page screenshot (don't ask) ... But if I examine the RGB values with a colour picker, it is clear that they are of different colours. 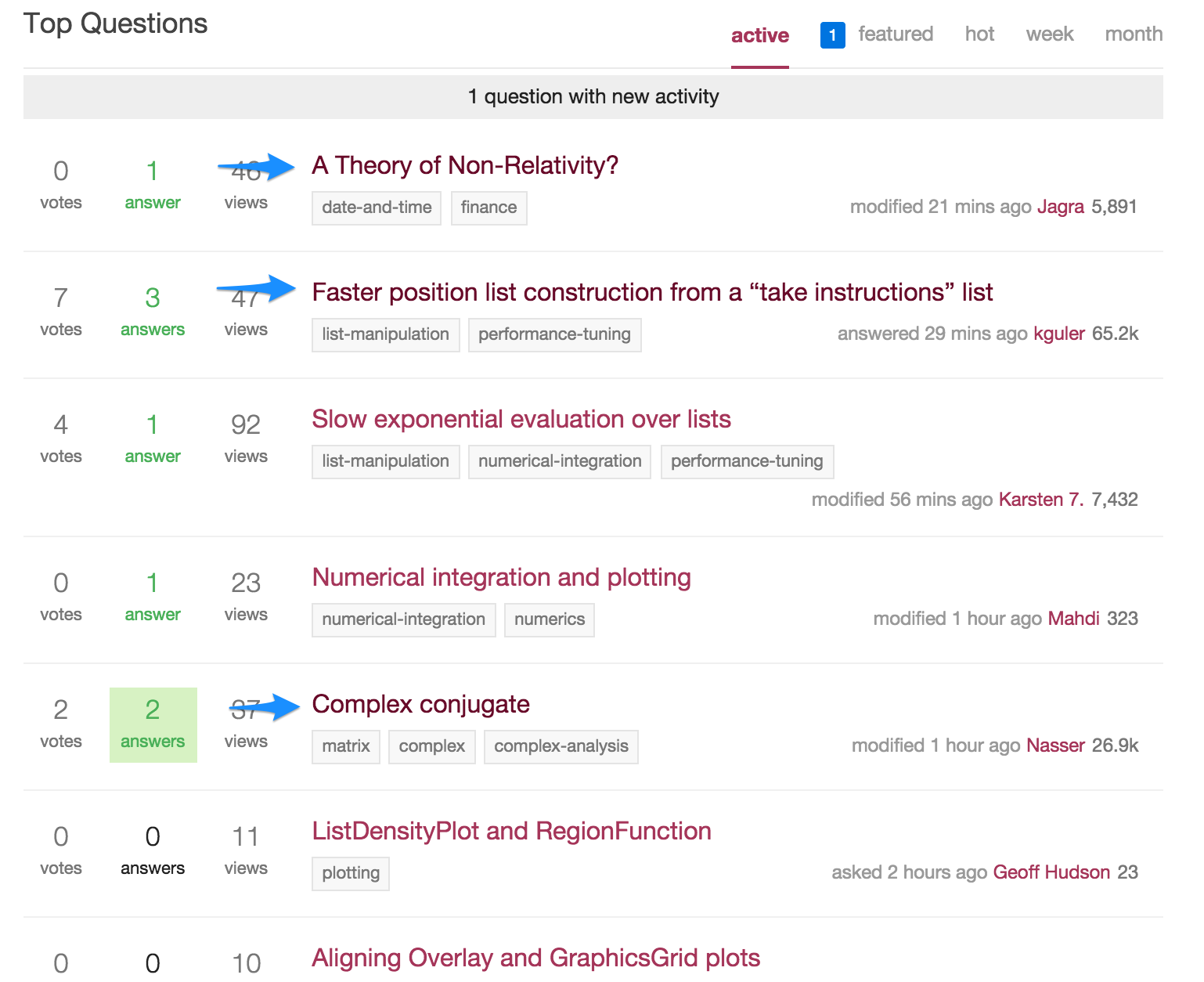 This is a complement to Pickett's observation about link colours in code blocks.

Maybe this is just temporary, but for me, the current favicon of our meta-site looks like this:

Is this only me or do others see this too?

To what extent does the new policy limit per-site tweaking? For example in the current layout the score boxes next to questions and answers are excessively wide:

(xkcd is the highest voted question on the site.)

Would it be possible to make these narrower to allow more room for the titles?

93
Additional useful buttons for our M.SE editor
19
What kind of Input and Output Code Styles are acceptable in SE?
25
Markdown for output
5
More contrast for the titles of previously viewed questions

4
How is the appearance of the site determined?
3
New Beta Theme Launched
24
What should our site design look like?
21
Design for Mathematica.SE
21
New Design Launched
3
New site (small) UI glitch
9
How did you make your community ad?
0
Mathematica updated site theme is ready for testing!
3
Community Ads for 2021